.Born in Nashville, Arkansas, on June 19,1936, Joseph Dawley is represented in many fine collections across the United States and Canada, as well as in Museums throughout the country.  Dawley was invited by the White House to create a painting for use as the official 1994 Christmas Card. Two paintings were created for this purpose and are both currently in the White House. Also in Washington, D.C., Joe’s painting “Snowfall in the Park” is the 1995 Christmas Card for Very Special Arts, which is an international educational affiliate of The John F. Kennedy Center for the Performing Arts.During 1987 and 1988 Dawley was asked to travel, both nationally and internationally, to several cities to capture the local flavor with his Impressionist style. Also, early in 1988 two of Dawley’s paintings were selected by Cartier jewelers to be used in reproduction as their Christmas cards. Several more were included for their 1989 line. Joseph Dawley  died in 2008. 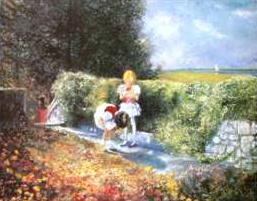 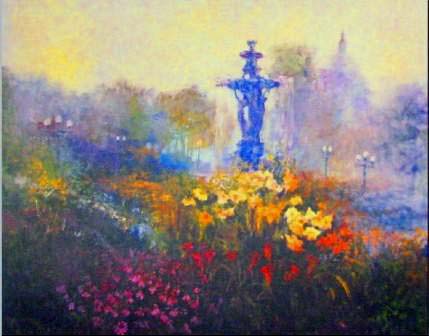 Kennedy Studios in Vineyard Haven is unique in its extensive collection of artwork, limited edition prints, giclees, original oils and watercolors. Custom design and framing available for your favorite art and photography,  as well as reproduction printing of antique family photos.